Dance All Night by Alexis Daria 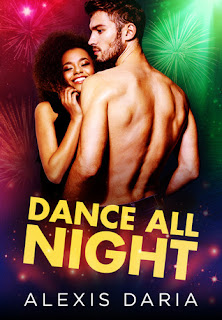 Last year, they shared a midnight kiss at a New Year’s Eve party that made both of them believe—briefly—in the magic of the holiday season. The magic was cut short when Nik went on tour the next day, but he never stopped thinking about that kiss—or Jess.

When the holidays roll back around, Nik runs into Jess again. He doesn’t want to spend another year pining for the Scrooge who got away, so he tells Jess he’ll stay if she’ll give him a shot at being her Christmas Present.

Jess thinks he’s full of it, but she agrees to three dates. If Nik can make her believe in holiday magic in a place as un-wintery as Los Angeles—and convince her that he’s ready to stick around—she’ll give him a chance. But he won’t know until New Year’s Eve. If she kisses him at midnight, he’ll have his answer…

If you're looking for a christmassy, adorable and beautiful romance to spend the holidays with, this might be the one you're looking for. It has a hero who loves Christmas and who's trying to get the heroine to feel the joy of it with him with three dates before New Years Eve, when she decides if she wants to be with him or not. Every time I read one of her books, I remember that Alexis Daria is an incredible writer. She has a wonderful way of portraying realistic and relatable characters that you root for but who have to have a lot of growing up to do during the duration of the book. The dynamics that they had especially during their first date when you can see them together bantering back and forward and dancing and enjoying what they do were gorgeous and I think the beginning of their story contributes a lot to those dynamics. The fact that they meet during New Years and then meet again next December but stayed following each other's social media and career was adorable.

The main thing that kept me rooting for this couple is how the hero wasn't playing games. He wanted to show her his change during the past year and knew how to do it. He was honest and direct and he also was rooting for her and themselves even though she wasn't in the best place mentally to do the same yet. This is exactly what you would want if you're looking for fluff and something inspiring for Christmas. It's full of joy and the desire that you have to connect with people during the holidays. It's realistic and charming. It's a New Years kiss, a Christmas cookie, a romance that you look for. All in one.

An ARC was provided by NetGalley in exchange for an honest review. Thank you! 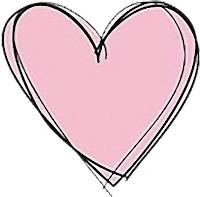